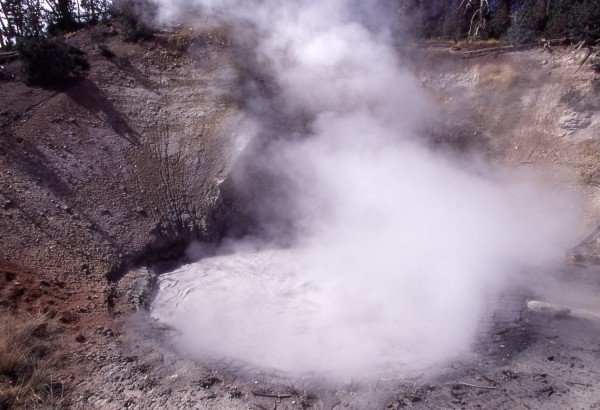 Scientists used the GPS data to present what may have taken place below the surface to further explain the reason an area near the Norris Geyser Basin has both been deflating and inflating by several inches by unpredictable bursts for the past 20 years.

The science experts' research which the Journal of Geophysical Research published exposed that "a body of magma had intervened underneath the "Norris in the Nineties." While the fluid got trapped and the pressure built up, the scientists have foreseen a rising of the ground, and when the fluids got the chance to escape somewhere else, the ground deflated.

Published in January, the paper indicated the recent activity underneath had provided the researchers' new understandings into the reasons for the surface deformation "within and around the Yellowstone Caldera." This has been a topic being argued on since the caldera floor uplift's discovery over 40 years ago.

An incident of oddly swift elevation centered near the said basin along the north Caldera rim started in the latter part of 2013 and persisted until the March 2014 earthquake. Afterward, the uplift abruptly changed to sinking.

Frequent Eruptions in 2018 a Manifestation of the Ongoing Process

To date, the scholars believe that the fluids derived from magma could "sit close to the surface," just one mile or so, underneath the ground. The researchers also added, the shallow unstable accumulation's depth "appears to have lowered the deformation episode from the year 2014 until 2016.

In addition, the Steamboat Geyer's frequent eruptions since March 2018 are probably, a "surface manifestation of this continuing process."

As observed, the prominence of the hydrothermal outburst features within the Norris Geyser Basin area, and the seemingly volatile accumulation's shallow nature imply an increased danger of explosions of hydrothermal.

Meanwhile, research co-author Daniel Dzurisin said late last week, "In all likelihood," and for a very long time now, "Norris has been the center of deformation."

The new study though has not indicated that the Yellowstone volcano, also known as the 'supervolcano' is likely to erupt.

In 2014, Jacob Lowenstern, from the Scientists-in-Charge at the Yellowstone Volcano Observatory said, when one hears people, claiming the eruption's overdue, typically, the numbers they have referred to the last eruption which was more than 640,000 years ago, although it erupts every 600,000 years.

Lowenstern also added that, if one is to average the intervals of eruption, in fact, there is "2.1 million to 1.3 million," and another one, 640,000 years ago. He added that if the said numbers were averaged, one would come up with something more than 700,000 years.

Therefore, he emphasized, in truth, even if one is to argue, the eruption wouldn't be past due for 70,000 years more.

Uncommon Uplift Due to Magma

Also in 2013, an area of the supervolcano began to rise at a strangely high rate. Over the next couple of years, it rose by more than 5.9 inches each year highest uplift rate ever documented in the caldera.

At that time, what was behind remained unknown. And now, scientists have claimed, this unusual period of deformation of the ground was an outcome of the magma intrusion underneath the basin area. And, when magma rises, the experts said, "It pushes the rock up above it."

Ground deformation at the supervolcano, according to science experts, is normal, along with the swelling of the land, cracking and sinking caused by the magma, gas, and fluids moving around underneath it.

Normally, it is just a few inches each year and it can only be detected through the use of a sensitive instrument. Studying deformation lets the science observers and experts monitor the volcano for any change that's beyond the usual background movement and may suggest something unusual is happening underneath it.