GeoNet reported that volcanologists did a three gas flight observations and one observation flight over the last 6 weeks.

Results from the gas flights indicate that magma beneath the volcano still degasses at high rates. The vent system above the magma appears to be open, allowing the gas to escape relatively unobstructed. During fine weather conditions this will generate moderate to large gas-steam plumes above the island.

Thermal infrared images from the active vent area, taken during the observation flight, remain high at around 440 °C, about 100 °C less than those measured in July. Within the measurement uncertainty, this is consistent with a slowly cooling active vent area. Some of the primary gas vents continue to slowly enlarge. Rainfall events have ponded water on the crater floor forming a lakelet. Minor areas of gassing and heating can be seen in the lakelet.

Ground deformation data from satellite measurements over the past 6 weeks indicate continued subsidence around the active vent area as well as ongoing subsidence of the Main Crater wall, south and west of the 2019 active vents.

An eruption could occur with little precursory activity and could cause the collapse of unstable material around the vents, sudden release of gas from the magma, and the rapid ingress of water onto the shallow magma body. 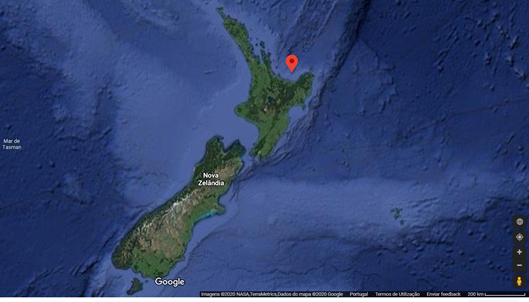