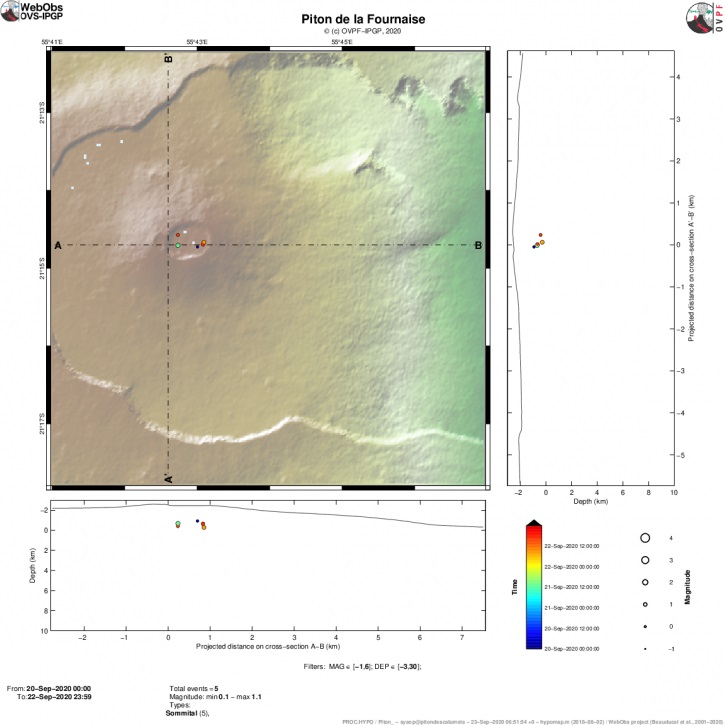 During 20-22 September OVPF recorded 21 volcano-tectonic earthquakes with magnitude less than M 1 located mainly under the Dolomieu crater at depths between 1.7 and 2.2 km.
The seismicity is related to resumption of inflation at the base and the top of the volcano edifice and pressurization of the magmatic reservoir located at depths between 2 and 2.5 Km below the summit. A new batch of magma could be rising inside the volcano's conduits. The inflation remains very low for the moment and will be confirmed over time in the next days.
Carbon dioxide (CO2) emissions have increased since mid-August and continue to rise. CO2 emissions are associated with magma rising within the volcano. 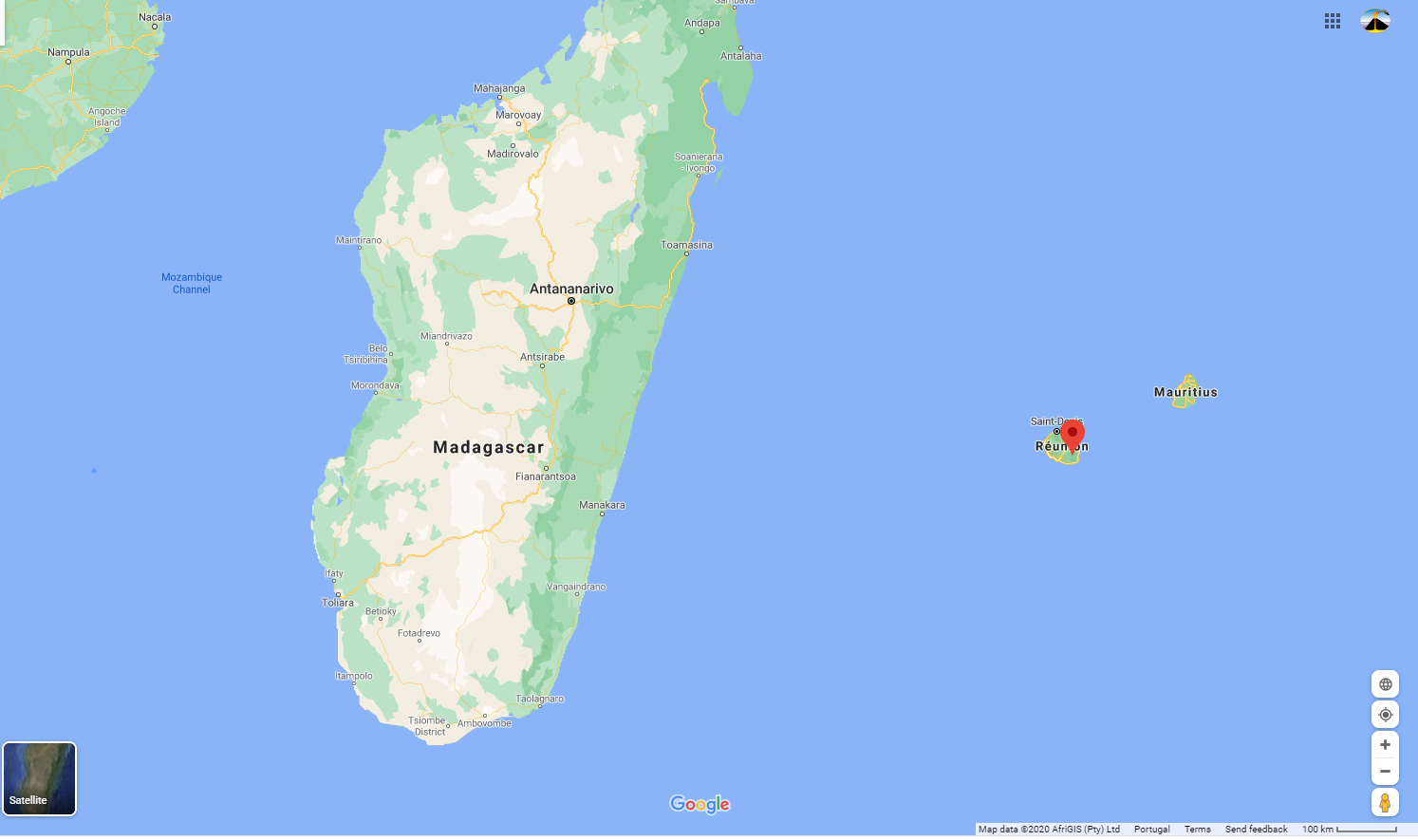