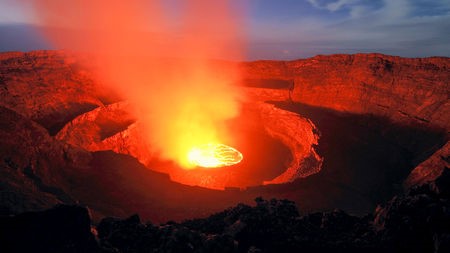 In a 2002 eruption, a lava lake within the crater of Nyiragongo volcano drained in hours. CARSTEN PETER/NAT GEO IMAGE COLLECTION

In 2002, the last time Nyiragongo volcano erupted, lava raced down its flanks into the crowded city of Goma, on the border between the Democratic Republic of the Congo and Rwanda. About 250 people died, 20% of the city was destroyed, and hundreds of thousands fled. Since then, the at-risk population living in the shadow of the 3470-meter-tall volcano has more than doubled to 1.5 million.

Now, conditions are ripe for another disaster, says Dario Tedesco, a volcanologist at the Luigi Vanvitelli University of Campania, who earlier this year led a campaign into the volcano’s roiling crater. He and his colleagues found the lava lake there filling at an alarming rate, raising the risk that the molten rock could burst through the crater walls once again. Their analysis suggests peak hazard will arrive in 4 years, although they believe an earthquake could trigger a crisis earlier. Adding to the concerns, the Goma Volcano Observatory (GVO), the only monitoring station in the region, is losing its financial support from the World Bank. Tedesco’s assessment is blunt. “This is the most dangerous volcano in the world!”

Tedesco began to watch the volcano in the mid-1990s, when refugees, fleeing the genocide in nearby Rwanda, swelled Goma’s population. The United Nations sought his advice on the dangers of the volcano, so he monitored Nyiragongo’s moods in the years before the 2002 eruption. He is alarmed by parallels to today.

The 2002 eruption began after an earthquake opened up fissures in the southern flank of the volcano. The 200-meter-wide lava lake, the largest in the world, drained in a matter of hours, releasing low-silica, runny lava that flowed as fast as 60 kilometers per hour. The lava piled up in layers up to 2 meters deep in Goma and created a new delta 800 meters wide in nearby Lake Kivu.

As soon as the fissures healed, however, fresh lava began to bubble up and refill the crater lake. Activity accelerated in 2016 when a second vent began to fountain within the crater. In February, on their most recent inspection, Tedesco and his colleagues—flown in by U.N. peacekeepers to avoid the rebels active in the area—found the lake rising faster than ever. The second vent was gushing an estimated 4 cubic meters of lava per second, enough to fill an Olympic swimming pool every 10 minutes. “As long as the volume is increasing, it increases the chances of a volcanic eruption onto Goma,” says GVO Director General Katcho Karume, who also took part in the campaign.

Pierre-Yves Burgi, a geophysical modeler at the University of Geneva, says the lava lake level is effectively a pressure gauge for the volcano’s internal plumbing, like mercury in a barometer. His model suggests the internal pressure is 20 atmospheres, well beyond the mechanical strength of the volcano’s rocky flanks, Burgi and colleagues reported in August in Geophysical Research Letters. “This situation is unstable,” he says. “The danger is of a tremor opening up a new fissure.”

They believe the system may be reaching a critical point, as it did before the 2002 eruption and an earlier one in 1977. In both cases lava lake levels stabilized several years before the eruption, they argue, as the mass of molten rock weighed down on the magma below. The eruptions lagged because magma takes time to force open existing fractures, explains Andrew Bell, an expert on rock mechanics at the University of Edinburgh who developed a model to explain the collapse of Mount St. Helens in 1982. Burgi expects the lava lake to stop rising soon, in which case the period of peak danger for Goma would be from 2024 to 2027.

“They are right to be concerned,” Bell says. “Nyiragongo is dangerous in a way a lot of volcanoes aren’t.” He adds, however, that the behavior of the lava lake doesn’t say much about the immediate risk of eruption. Swarms of small earthquakes or ground deformation are clearer warning signs of restless magma, he says. Cynthia Ebinger, an expert on Rift Valley geology at Tulane University, also has issues with Burgi’s model, which assumes the magma plumbing feeding Nyiragongo’s lava lake is the main factor controlling an eruption. She says the stretching of tectonic plates in the region leads to earthquakes and fresh intrusions of magma that can also trigger eruptions.

A network of seismometers around the volcano, operated by GVO and installed in recent years with assistance from researchers in Belgium and Luxembourg, shows high earthquake activity and several deep swarms, says François Kervyn, director of the natural hazards division at the Royal Museum for Central Africa in Belgium. He doesn’t know how unusual the activity is because his team lacks comparable, older data. But he says sustained, rumbling tremors were recorded months before the 2002 eruption. “Nothing like that is detected for the moment,” he wrote in an email.

Kervyn says the network requires constant maintenance, because of vandalism, theft, and lightning damage. Several seismometers are currently out of action. But the civil unrest in the area makes repairs dangerous. Earlier this year 13 park rangers were killed in an ambush in the surrounding Virunga National Volcano Park.

The threat of violence is only one of GVO’s problems. Established in 1986, the observatory is set to lose the funding it has relied on for the past 5 years. With a staff of about 40, the observatory maintains the seismic stations and monitors the lake and the potentially deadly gases emitted by the volcano. It also plans for Goma’s evacuation, and will issue the alarm if an eruption occurs.

Since 2015, the World Bank has given the observatory $2.3 million, as part of an aid package primarily intended to rebuild and protect the city airport, which was seriously damaged in the 2002 eruption. But that project has ended. In an email, a spokesperson for the World Bank Group confirmed that “no follow-up activities are envisioned by the WBG so far.”

The U.N. peacekeeping force is concerned. At the end of September, it flew Tedesco back to the city for more talks with the World Bank and other development agencies. A U.N. spokesperson says the peacekeepers are considering supporting GVO in the short term. “We are conscious of the importance of keeping the volcanoes monitored as a way to protect civilians and save lives.”

As Science went to press, there was no news of a resolution. Tedesco planned to inspect Nyiragongo’s crater again, but bad weather forced the cancellation of a helicopter flight. “If things remain like this, there is little to be optimistic about,” he says. 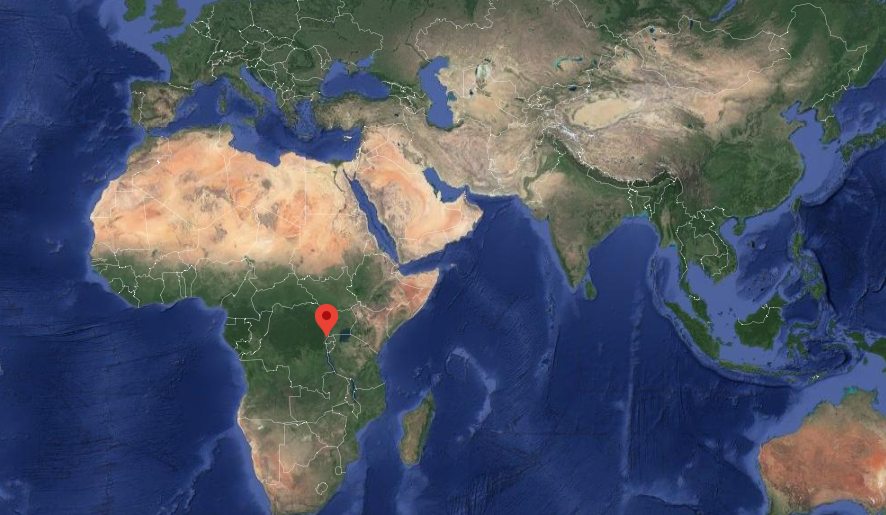