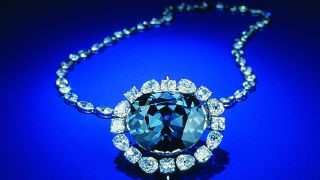 A photograph shows the Hope diamond, taken from India in the 1600s. New evidence suggests this diamond originated hundreds of miles below Earth's crust. (Image: © Photo courtesy of the Smithsonian Institution)

Two of the world's most famous diamonds may have originated super deep below Earth's surface, near the planet's core.

All of Earth's natural diamonds first form deep underground from our perspective on the surface. But from the perspective of this planet's great bulk, their usual births occur relatively far from the core. Zest the Earth like a lemon, and you'd uncover diamonds growing at the bottoms of tectonic plates. Those diamonds form about 90 to 125 miles (150 to 200 kilometers) deep, under pressure that exists just where the crust meets the more fluid outer mantle, or middle layer of the planet. No mines reach that far underground, but some of those diamonds do make their way up to where humans can reach them.

The "Hope" diamond, a large and famous stone, as well as the "Cullinan" diamond, the largest rough gemstone ever found, are different. They're "super deep" stones, new research confirms. A 2018 paper showed that these boron-blue gemstones likely originated somewhere in the planet's hot "mantle," a region between the crust and the liquid outer core of the planet, Live Science previously reported This new research shows that, at least sometimes, the stones form deep in this hot zone.

The research presented today (June 24) at the Goldschmidt geochemistry conference, finds remnants of a mineral called bridgmanite in two less famous diamonds of the same types as the famous gemstones.

All diamonds are crystals made of carbon and various chemical impurities. The type of any specific diamond is determined by the impurities and other conditions present during its creation. So any two diamonds of the same type likely formed in similar conditions.

Bridgmanite is a very common mineral inside Earth, but it doesn't form in the crust or even the upper mantle.

"What we actually see in the diamonds when they reach [the] surface is not bridgmanite, but the minerals left when it breaks down as the pressure decreases," Evan Smith of the Gemological Institute of America said in a statement. "Finding these minerals trapped in a diamond means that the diamond itself must have crystallized at a depth where bridgmanite exists, very deep within the Earth."

This discovery, the researchers said, suggests both large blue stones originated in the lower mantle, a fluid zone extending from 410 miles (660 km) deep all the way to the planet's liquid outer core.

The first, a 20-carat "type IIb blue diamond" from South Africa, showed evidence of bridgmanite under examination with laser light. The Hope diamond, at 45.52 carats, is a larger example of the same diamond type.

Another diamond, a 124-carat stone about the size of a walnut, is called a "CLIPPIR" diamond (which stands for Cullinan-like, Large, Inclusion-Poor, Pure, Irregular, and Resorbed). It's from Lesotho, a country encircled by South Africa. And, as its type suggests, it is like the 3,106.75-carat Cullinan. Researchers already knew that CLIPPIRs came from very deep below the crust, but this study offers the first direct evidence that they come from the lower mantle.

The Cullinan diamond no longer exists in its original large state, having long since been chopped up into smaller stones for sale. The largest two of these is now part of Queen Elizabeth II's "crown jewels."

The massive rough diamond turned up in 1905 just 18 feet (5.5 meters) below the surface at the British-owned Premier Mine in South Africa — a long way from its birthplace in the lower mantle. It was quickly shipped out of the region as part of the British imperial project that exploited and abused Black laborers in order to extract the region's mineral wealth, according to Rapaport, an international corporate network that serves the jewelry market.

The Hope diamond's precise origins are much hazier, but according to the Smithsonian Institution (which now has custody of the diamond), workers at the Kollur mines in India likely discovered the stone before it was sold to the French merchant Jean Baptiste Tavernier in 1668.

Karin Hofmeester, a historian at the International Institute of Social History in Amsterdam, wrote in an essay that men, women and children worked by the 10s of thousands in these dangerous mines at the time for slim wages and food. It's not clear who was responsible for the Hope diamond's discovery or where precisely it turned up.

Researchers do know that when it was found it weighed 122.2-carats, according to the Smithsonian. Once cut to its current state, the Hope passed into the hands of the French royal family, wealthy British collectors, and then American businessmen before ending up at the Smithsonian — a world away from both its lower mantle point of origin and the mine in India where it was discovered. 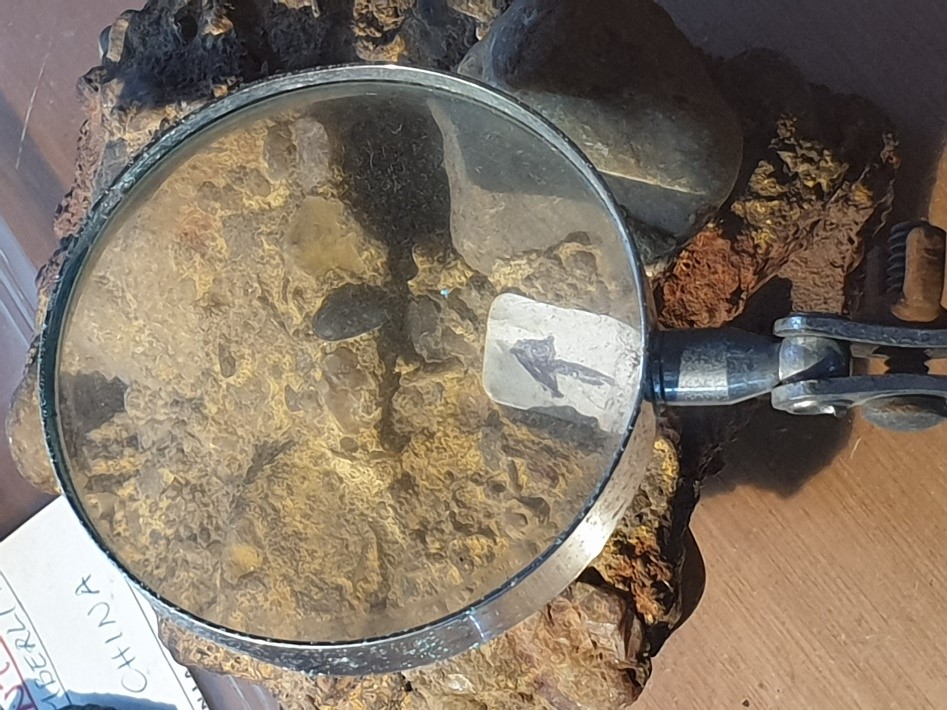 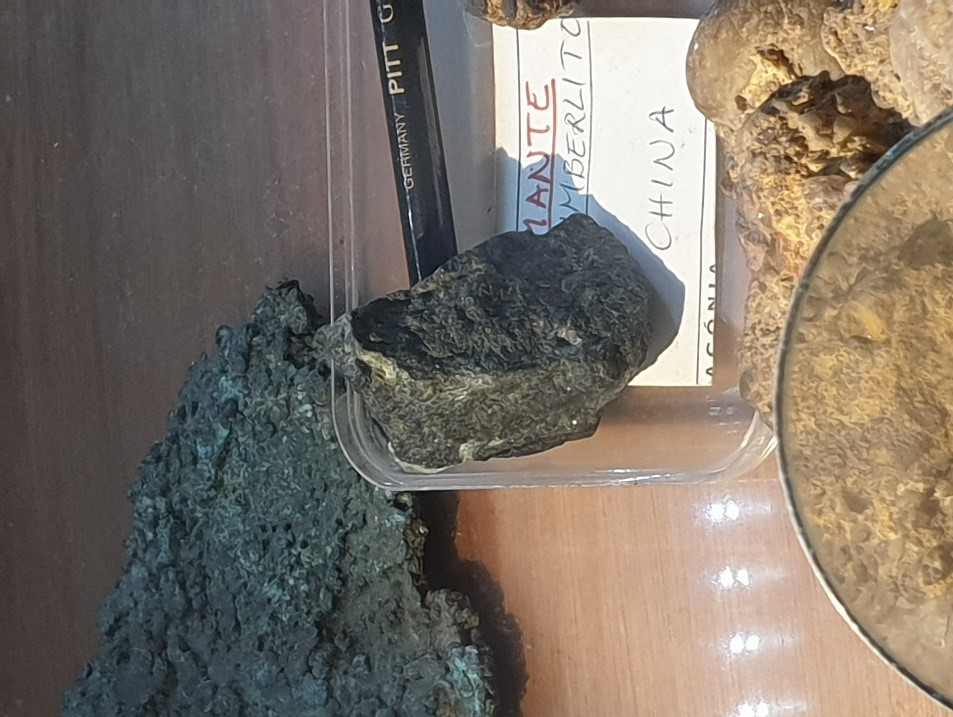