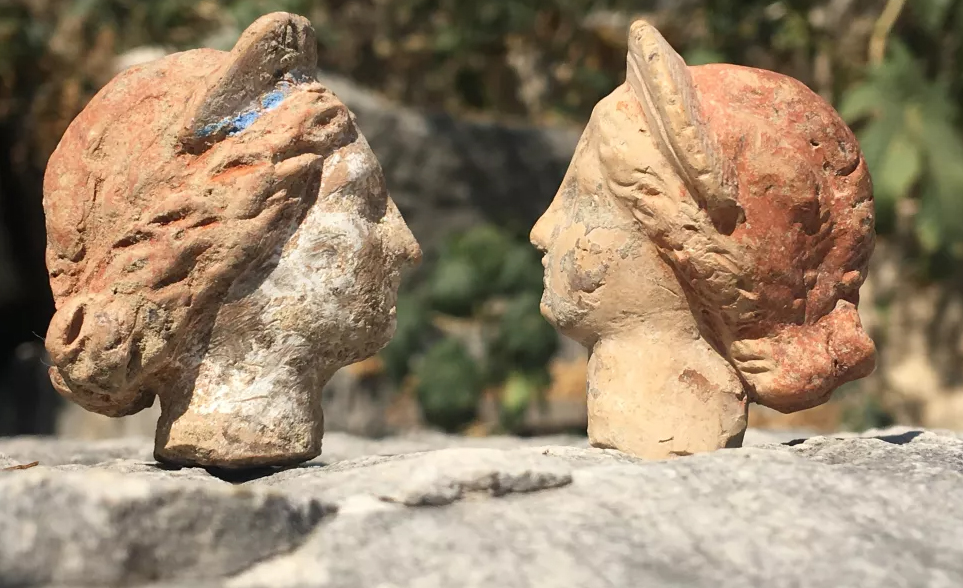 Some of the figurines didn't have bodies, suggesting there were other terracottas to be found in the area. (Image: © Myra Andriake Excavations Archive/Nevzat Çevik )

Archaeologists have discovered dozens of terracotta figurines that are over 2,000 years old, including ones that depict gods, goddesses, men, women, cavalry and animals.

Some of the figurines still had paint on them and some had inscriptions — and all opened a window into life in the ancient town of Myra, in what is now modern-day Demre in Turkey.

This collection of figurines, "gives us rich clues about what existed in the mysterious Myra under a thick silt layer in the first and second centuries B.C.," said Nevzat Çevik, a professor of archaeology at Akdeniz University in Turkey who led the excavation. Myra, is "one of the most important ancient settlements in Lycia," an important maritime region along the Mediterranean Sea.

Myra's port was once one of the largest harbors in the ancient Mediterranean; it is famous for its rock-cut tombs jutting from  the hills, the church of Saint Nicholas, who was Myra's bishop in the fourth century and its 11,000-seat Roman-era theater.

Çevik and his team were excavating parts of this theater between June and October 2020 when they unearthed a second, smaller theater below the Roman remains. The older structure dates back to the Hellenistic period, from 323 B.C. when Alexander the Great died to to the beginning of the Roman Empire in 30 B.C.

They expected to find the Hellenistic theater, but the terracotta figurines scattered in it were "an unexpected big surprise," Çevik told Live Science. "It is as if the people of ancient Myra were resurrected and ran through the time tunnel all together and came to our day," Çevik remembers telling his team when they found the figurines.

The figurines, that are 2,100 to 2,200 years old included mortal men and women as well as divine figures such as Artemis, Heracles, Aphrodite, Leto and Apollo; they also included figurines depicting  a woman and a child, a boy with a fruit, a horseman and a woman carrying hydria (an ancient Greek water vessel). Because of the "collective coexistence" of the figurines and the fact that the collection included divine figurines, votive plates and incense containers, the researchers think that the figurines may have been brought in from a cult area and thrown here.

The collection gives "important clues about the Hellenistic period of Myra and Lycia," he said.

Some of the statues had partially preserved paint on them. Red, blue and pink were used "intensely in different shades" in the clothes of the figurines, he said. The inscriptions on the backs of some of the figurines could be the name of a master or workshop. The fact that the team discovered more than 50 terracotta heads that are missing their bodies suggests there are more figurines in the area to be found.

The team also discovered a variety of ceramic, bronze, lead and silver objects around the terracottas. They plan to continue excavating the area this year. In the meantime, the excavation team is working to preserve, repair and assemble the hundreds of small pieces that make up the terracotta collection. They plan to publish their findings and display the terracottas at the Andriake Lycian Civilizations Museum in Antalya, Turkey.

The excavations were led on behalf of Akdeniz University and Turkey's Ministry of Culture and Tourism.