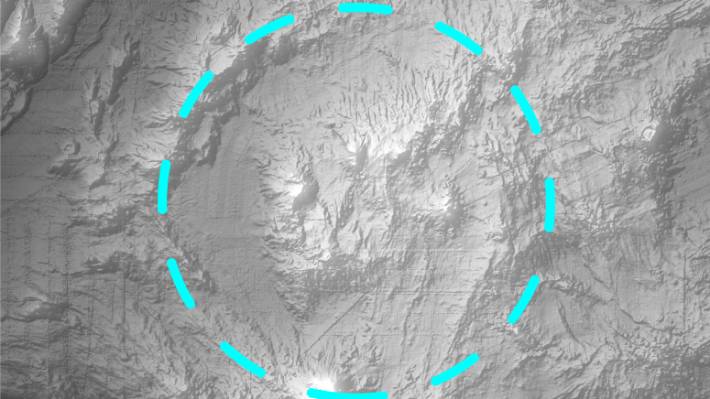 Apolaki on the crest of Benham Rise, undersea in the Philippines, could be the largest caldera on Earth. It's about 150km wide.

A team including members from GNS Science have identified an ancient mega-volcano that could have the largest known caldera on Earth.

The feature is on the crest of Benham Rise, an oceanic plateau off the Philippines coast. A caldera is a depression created when a volcano collapses after the emptying of its magma chamber in an eruption, or the withdrawal of the magma.

About 150km in diameter, the caldera is comparable to the biggest impact craters on Earth and bigger than any other known calderas on this planet. It's more comparable is size to calderas elsewhere in the solar system.

Compared to the 150km wide feature on Benham Rise,  the caldera at Taupō is about 35km wide, and the one at Yellowstone about 60km.

A paper on the discovery has been published in the journal Marine Geology. Authors include Jenny Barretto and Ray Wood from GNS Science, who were key scientists in a technical working group on Benham Rise for the United Nations Convention on the Law of the Sea. 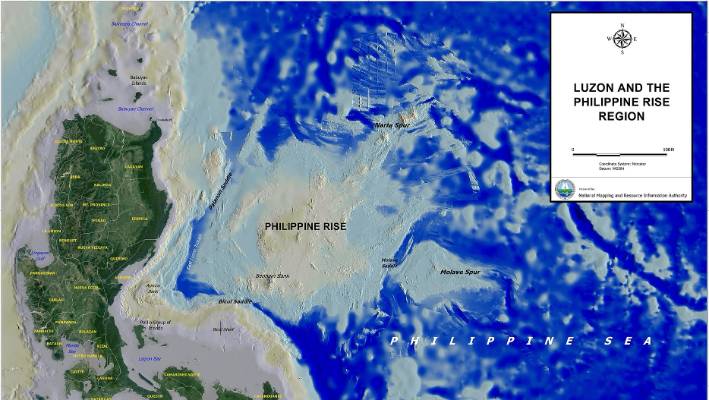 Benham Rise, shown as Philippine Rise in this map from the National Mapping and Resource Information Authority of the Philippines.

The crest of Benham Rise hinted at the presence of a crater, the paper said. "Due to its enormous ~150 km diameter, it may be easier to suppose that it is an impact crater rather than a volcanic caldera. A caldera of this scale, subaerial or submarine, has not been documented on Earth."

While an impact crater origin for the feature could not be discounted, there was no evidence for that idea, the paper said. The largest known impact craters on Earth include Chicxulub - caused by the asteroid that wiped out the dinosaurs nearly 66 million years ago - which is about 200km wide.

The study of the crest of Benham Rise showed it had more in common with calderas than impact craters, the paper said. The crater-like summit of Benham Rise was comparable in size to calderas on Mars, such as Olympus Mons, and on Venus, such as Colette and Sacajawea.

Due to the caldera's enormous size, it was named Apolaki ("giant lord") after the Filipino mythical god of the sun and war.

It's thought the caldera underwent multiple collapse events and a phase of resurgence.

"Apolaki Caldera may well be the world's largest caldera," the paper said. "The short-lived but immense magmatic pulses associated with its formation must have altered the chemistry and physics of the waters and atmosphere in this part of the Pacific."

GNS said the discovery of such a large caldera raised questions about volcanism in the Benham Rise around 48-41 million years ago and what special conditions were present for Apolaki Caldera to form.

If the researchers' findings were confirmed, Apolaki would officially become the largest known caldera on Earth.

GNS noted 80 per cent of the world's ocean floor was unmapped, and a worldwide push for more knowledge about the depth of the seafloor could lead to more unique discoveries.