INSIVUMEH recorded weak to moderate strombolian-type explosions at regular intervals of 6 to 8 per hour that generated a grey ash plume which reached approx. 14,436-15,092 ft (4,400-4,600 m) altitude. The plume is extending about 15 km to the west and northwest of the volcano.

Scoria is being ejected to an approximate height of 100 to 200 meters above the crater and caused weak to moderate avalanches of material. 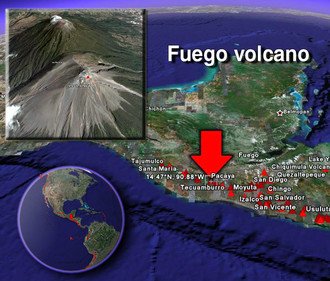