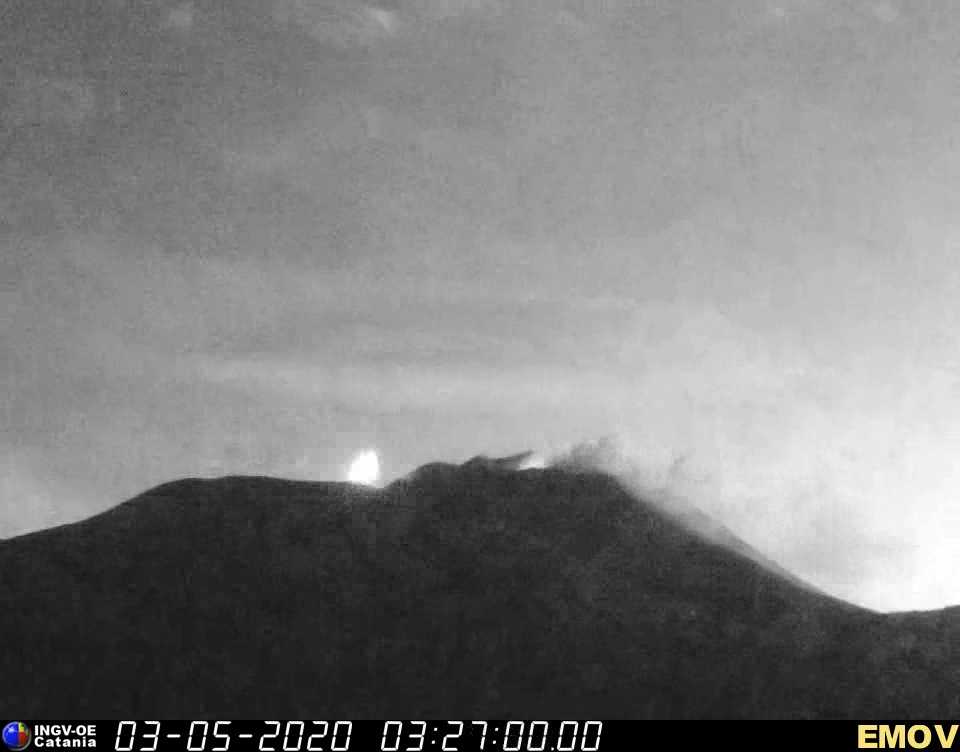 The activity of the volcano continues with little changes, characterized by mild to strong strombolian activity from both the New SE crater's main vent and the new intra-crater cone in the Voragine central crater.

The latter has been intermittent, but often producing relatively strong explosions, with incandescent bombs thrown to several hundred meters height and landing on the outer slopes of the central crater.

In contrast, strombolian activity at the New SE crater has been mostly mild only, but fluctuated a lot in frequency of explosions. During the night 2-3 May, they seemed to have been near-continuous, but as of today, are occurring again more intermittently. Tremor has not shown significant variations.