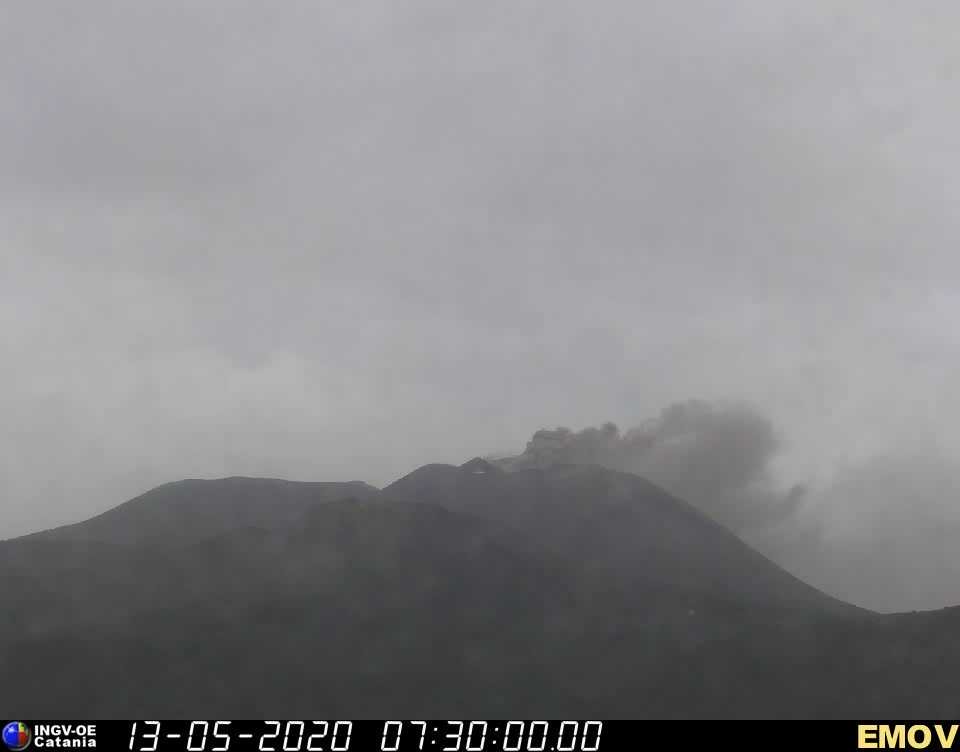 The alert level for the volcano was raised to "orange", as an increase of volcanic tremor has been recorded. This could precede another upcoming phase of more vigorous activity, which remains to be seen, but it suggests that a new batch of magma could be rising inside the volcano's conduits.

In the last days, the intermittent strombolian activity from the New SE crater and the new cone in the summit crater Voragine had been decreasing significantly and become very sporadic. 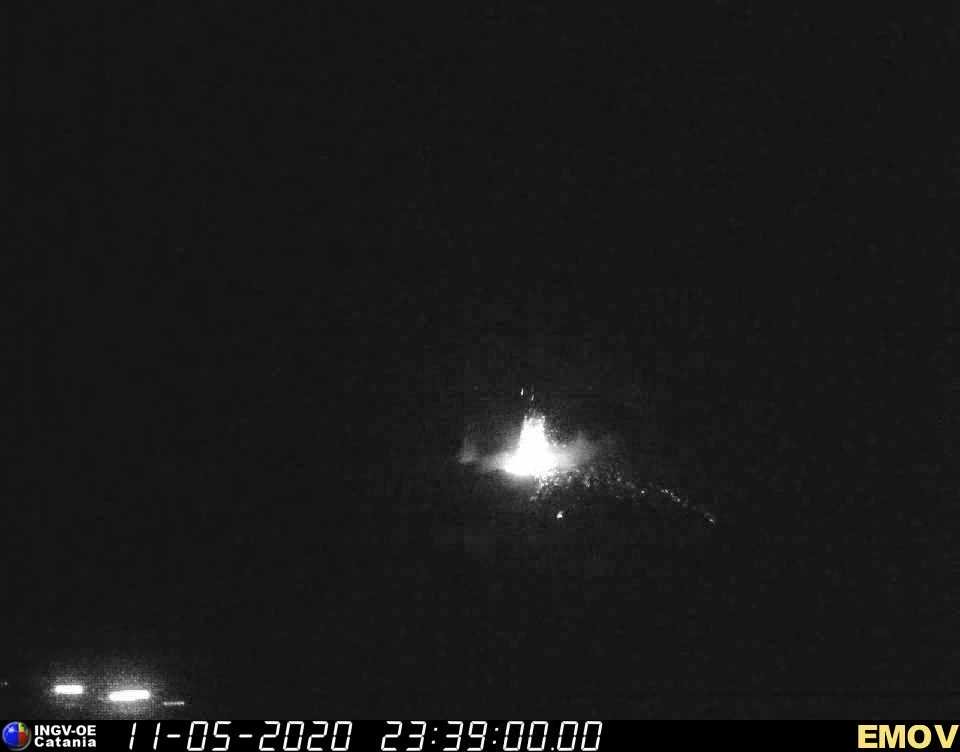 Today, weak to moderate steam and ash emissions have been occurring from the New Southeast Crater, creating small plumes that were quickly dispersed eastwards by strong winds. The volcanologists only observed sporadic events.