Its tiny tendrils are 1/10 the width of a human hair. 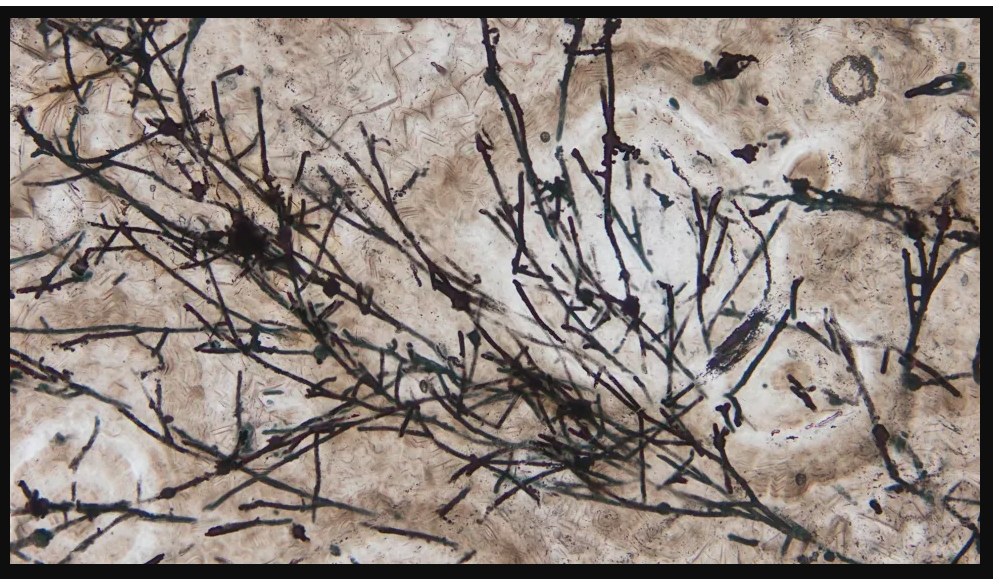 Microscopic image of the fungus-like microfossils. (Image: © Andrew Czaja of University of Cincinnati)

The oldest evidence of land fungus may be a wee microfossil that's 635 million years old, found in a cave in southern China.

Too small to be seen with the naked eye, this remarkable find pushes back the appearance of terrestrial fungus by about 240 million years to a period known as "snowball Earth" when the planet was locked in ice from 750 million to 580 million years ago.

The presence of land fungus at this critical point may have helped Earth to transition from a frozen ice ball to a planet with a variety of ecosystems that could host diverse life-forms, scientists wrote in a new study. By breaking down minerals and organic matter and recycling nutrients into the atmosphere and ocean, ancient fungus could have played an important part in reshaping Earth's geochemistry, creating more hospitable conditions that paved the way for terrestrial plants and animals to eventually emerge and thrive.

Scientists discovered the fossilized threadlike filaments — a trademark of fungus structures — in sedimentary rocks from China's Doushantuo Formation in Guizhou Province, dating to the Ediacaran period (about 635 million to 541 million years ago). Identifying rocks that might contain microscopic fossils takes luck as well as skill, said study co-author Shuhai Xiao, a professor of geosciences with the Virginia Tech College of Science (VT) in Blacksburgh, Virginia.

"There's an element of serendipity, but there's also an element of experience and expectation. Having worked with microfossils, one knows what kind of rocks to look at," Xiao told Live Science. For example, rocks must be fine-grained, because the fossils are so small. Color can also provide clues; organic carbon in microfossils can make fossil-bearing rocks look darker than rocks that don't contain fossils.

"But it's not error-proof; most times, we slice a rock, and we don't find anything. There's maybe a 10% success rate," Xiao said. 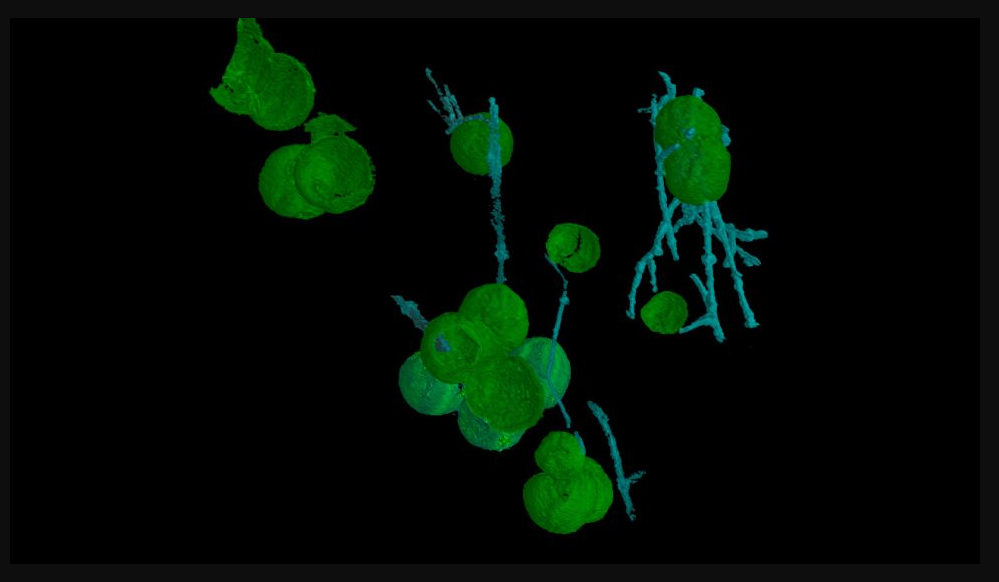 Those branching filaments told the researchers that the fossils were biological in origin, rather than mineral. Though some types of bacteria also produce branches, the closest analogs for these types of filaments are fungal, and small spheres in the fossil "could be interpreted as fungal spores," supporting the hypothesis that these microorganisms were a type of fungus, the scientists wrote.

Fossil evidence of the earliest organisms on Earth is exceptionally rare, but this microfossil and other recent finds are helping researchers to slowly piece together important clues about when life first appeared.

The oldest evidence of marine fungus, described in 2019 from rocks found in Canada, dates to about a billion years ago; the oldest forest, described in 2020 from fossilized roots in upstate New York, is 386 million years old; and the oldest known animal — a bizarre, oval-shaped creature called Dickinsonia — is about 558 million years old (fossils that were once thought to represent older animals were recently attributed to ancient algae, Live Science reported in December 2020).

Fossilized structures from Canada that may have been built by microbes between 3.77 billion and 4.29 billion years ago represent one of the oldest possible examples of life on Earth. Other structures preserved in Greenland rock are also thought to have microbial origins, and are 3.7 billion years old. Yet another fossil from western Australia may contain microbes estimated to be 3.5 billion years old, though some scientists have argued that geothermal activity could have altered chemicals in the rock to make them resemble biological traces, Live Science previously reported.

Scientists first linked terrestrial fungus to the appearance of land plants, based on fossils from the Rhynie cherts in Scotland that preserve plants and fungi together and date to about 410 million years ago, Xiao said. In those fossils, "plants and fungi have already established some sort of ecological relationship," he explained.

However, fungus fossils that predated the earliest known plants previously hinted that terrestrial fungus appeared first, about 450 million years ago, "and now we extend that back to 635 million years ago," Xiao said.