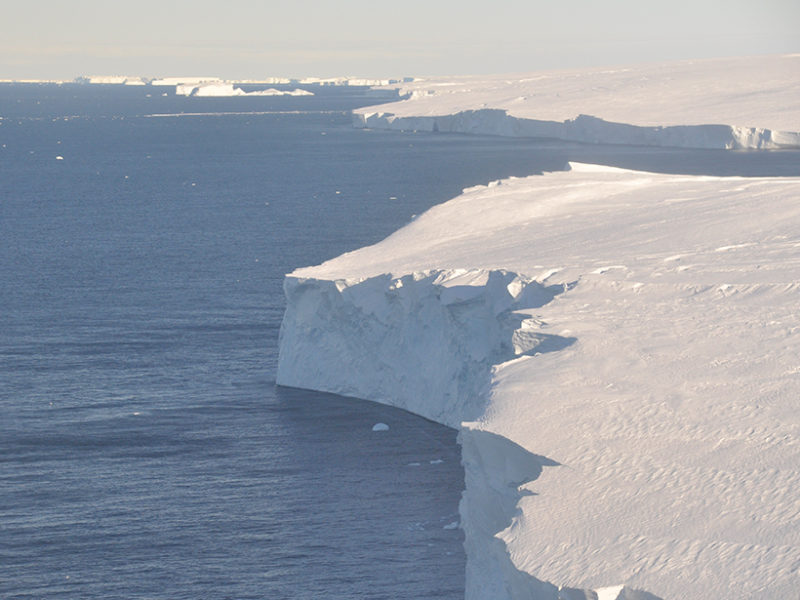 Icebergs calve off glaciers all the time. But most don’t pitch backward, capsize, and send seismic waves radiating out for thousands of kilometers.

New research reports that such “glacial earthquakes” have now been detected for the first time on Antarctica’s Thwaites Glacier. These observations confirm that Thwaites’s floating ice shelf is degrading. That’s bad news, scientists agree, because the glacier helps hold back the West Antarctic Ice Sheet from flowing into the sea.

Thwaites Glacier, roughly the size of the state of Florida, is one of the largest sources of ice loss in Antarctica and is responsible for about 4% of global sea level rise.

It regularly sheds icebergs hundreds of meters on a side into the Amundsen Sea, but some of these chunks of ice aren’t just drifting away, said J. Paul Winberry, a geophysicist at Central Washington University in Ellensburg who led the new study. Thanks to their shape, they’re capsizing. “They’re taller than they are wide. They’re top-heavy, and they want to flip over,” said Winberry.

Over several tens of seconds, these icebergs roll backward and collide with the new edge of Thwaites. “They bang the front of the glacier,” said Winberry.

Those collisions launch seismic waves that can be picked up by detectors hundreds and even thousands of kilometers away. Last year, Winberry was combing through seismic data and serendipitously discovered two of these collisions. “We got really lucky,” said Winberry.

By triangulating the signals recorded by seven seismic stations spread across West Antarctica, he and his colleagues determined that the events had occurred on the front of Thwaites.

Seismology complements satellite imagery when it comes to studying glaciers, said Lucas Zoet, a glaciologist at the University of Wisconsin–Madison not involved in the research. Satellites can obtain high-resolution imagery but typically pass over the same spot on Earth only every few days or, at best, every few hours, Zoet said. Seismological instruments, on the other hand, are always listening. That’s important, he said, because “the real interesting part might happen in just a couple minutes.” 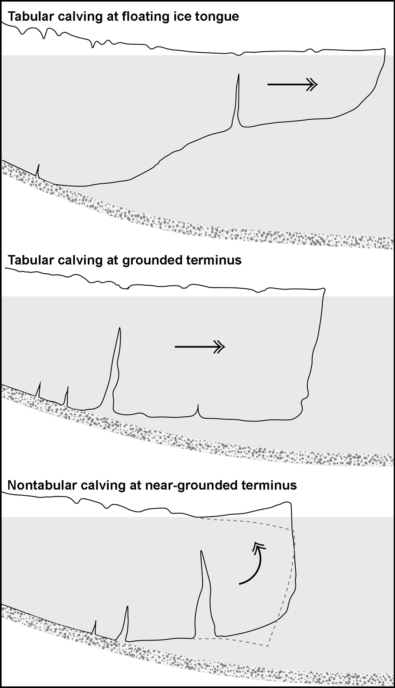 Scenarios for iceberg calving at fast tidewater glaciers. Buoyancy-driven calving is likely to produce icebergs with small width-to-height ratios that will capsize against the terminus front. The generated iceberg-to-terminus contact force is responsible for the production of glacial earthquakes.

All About Ice Shelves

These glacial earthquakes shed light on Thwaites’s geometry and therefore its future stability.

But Antarctic glaciers tend to have floating ice shelves, so their iceberg progeny are typically wider than they are tall and, accordingly, don’t produce glacial earthquakes. Thwaites appears to be an anomaly.

“This portion of Thwaites Glacier is distinct from the rest of Antarctica in that it’s lost most of its floating ice shelf,” said Winberry. “We think that’s what’s going to happen to the rest of Thwaites going forward.” Ice shelves, by literally getting hung up on islands and underwater ridges, help stabilize glaciers by acting like buttresses.

The seismological data that Winberry and his colleagues analyzed revealed more than just two glacial earthquakes—there were also over 600 tiny temblors in the 6 days leading up to the calving.

“We think we’re hearing the accelerating failure of the ice before it calves off,” said Winberry.

That’s an important window into how Thwaites is changing, he said. These observations can be used to inform models of calving, Winberry and his colleagues suggest.

These results were published last month in Geophysical Research Letters.

In the future, Winberry and his team plan to do a more systematic search for glacial earthquakes on Thwaites. They’re interested in determining possible triggering events that might drive calving, like big storms or moving sea ice. 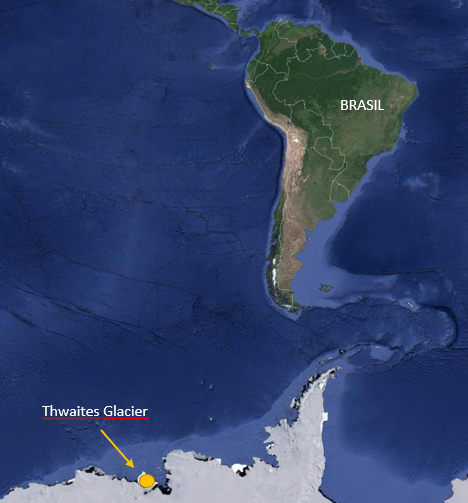